Bloggers often recap their most popular posts of the year, but what about the least popular? Continuing last year’s tradition, these are the five posts on Niedergall.com from 2021 that received the least amount of traffic.

THE CURSE IN THE COLOPHON: CHAPTER 1 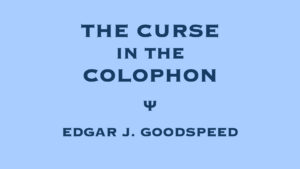 Fans of New Testament textual criticism and manuscripts might be interested to know Edgar J. Goodspeed wrote a novel on these subjects entitled The Curse of the Colophon. Not only did Goodspeed leave behind a legacy of impressive academic accomplishment, but he also wrote a fun (at times maybe a little contrived) and enjoyable adventure. It’s a leisurely read full of fun and adventure. Unfortunately, this book is out of print and difficult to come by. It was published in 1935 by Willett, Clark & Company—who so far as I can tell, no longer exists so I’ve posted the text of chapter one. 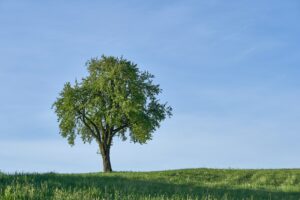 This was a fun post to write that applies some lexical evidence from Aesop’s Fables to Luke 17:6. I also wrote two other posts on the intersection between Aesop and BDAG: BAUER, DANKER, ARNDT, GINGRICH, AND AESOP and FROGS, AN EAGLE, MONKEYS, AND GIVING: THE LEXICAL INTERSECTION BETWEEN THE GREEK NEW TESTAMENT AND AESOP’S FABLES. 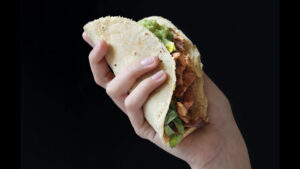 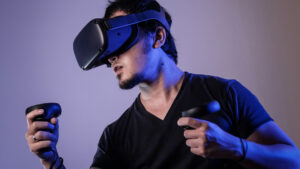 How can we focus on the pursuit of God’s kingdom?

A HUMDRUM LIFE OF FAITH 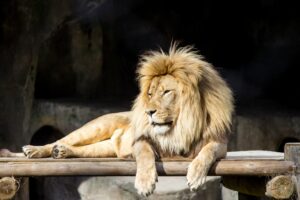 It’s only fitting a topic like this would come in last place, right?

Our life experiences are often plainer than the generic vanilla ice cream at the discount grocery store. But our testimonies need not be characterized by any less faith in God than Isaac demonstrated.

What else would you like me to write about? Please let me know if you have any ideas you would like to see me write on here. Posts on the biblical languages rank higher in the analytics, and I plan to write more of these. But is there anything else? Thanks for reading, and consider subscribing to receive my posts in your inbox.