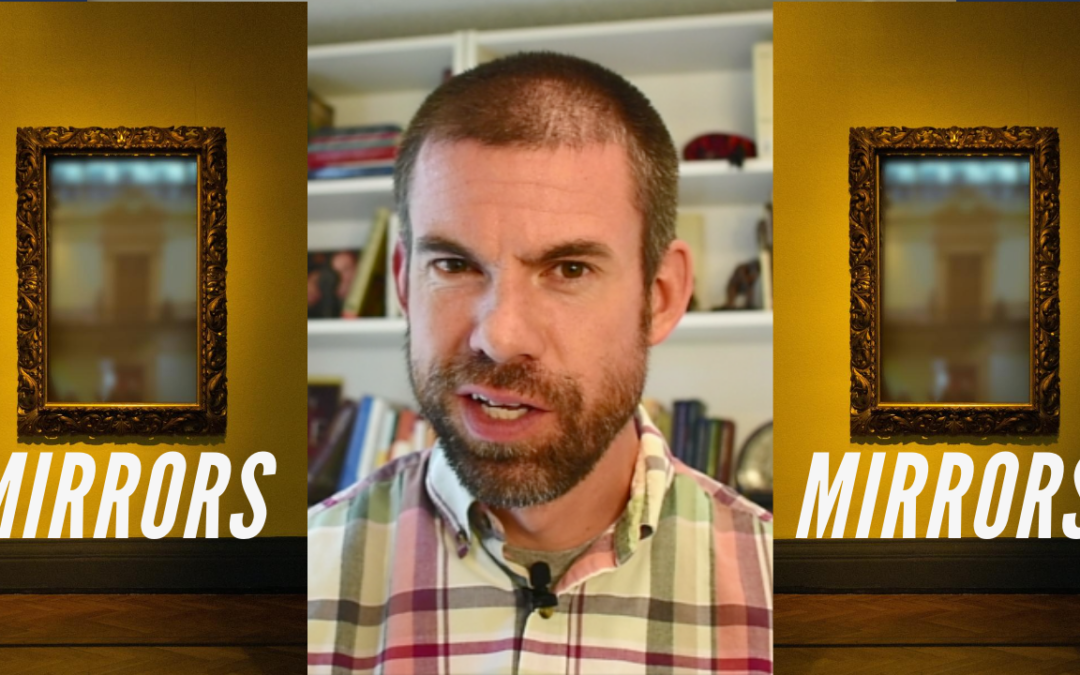 The book of James is immensely practical and generally pretty easy to understand, but it raises all kinds of great questions. Why do you think James compares hearing with seeing to make his point in James 1:23–24.

For if anyone is a hearer of the word and not a doer, he is like a man who looks intently at his natural face in a mirror. For he looks at himself and goes away and at once forgets what he was like (James 1:23–24).

I’ve been making a video on James each week. In this one, I don’t so much explain why James chose this comparison, but focus more on what he means by using it. Here’s a short summary:

The hypothetical guy in James analogy is staring at himself in the mirror. But as soon as he’s done, he forgets what he looked like. Either he doesn’t remember or he doesn’t remember or he doesn’t care enough to remember—he’s forgotten his own appearance. It was a waste of time. If he thinks it was to his benefit to look into that mirror, he’s deceiving himself. There’s been no effect. No result. Nothing has happened. And that’s how we deceive ourselves when we’re just hearers and not doers. This is how hearing is like seeing. Hearing and not acting is just like seeing and not acting. We’re wasting our time. There’s been no effect. No result. No change. Nothing’s happened. We’re deceiving ourselves to think we’ve responded to God’s Word. But not so for the doer! The doer is different from that hearer. The hearer is a forgetful guy. The doer, on the other hand, is a persevering guy. He sticks with it. He gives the Word His full attention and keeps on responding to it. He does what God says. He obeys God’s commands. He changes based on what the Lord says needs to change.

If you’re interested in watching, this one clocks in at under six minutes.