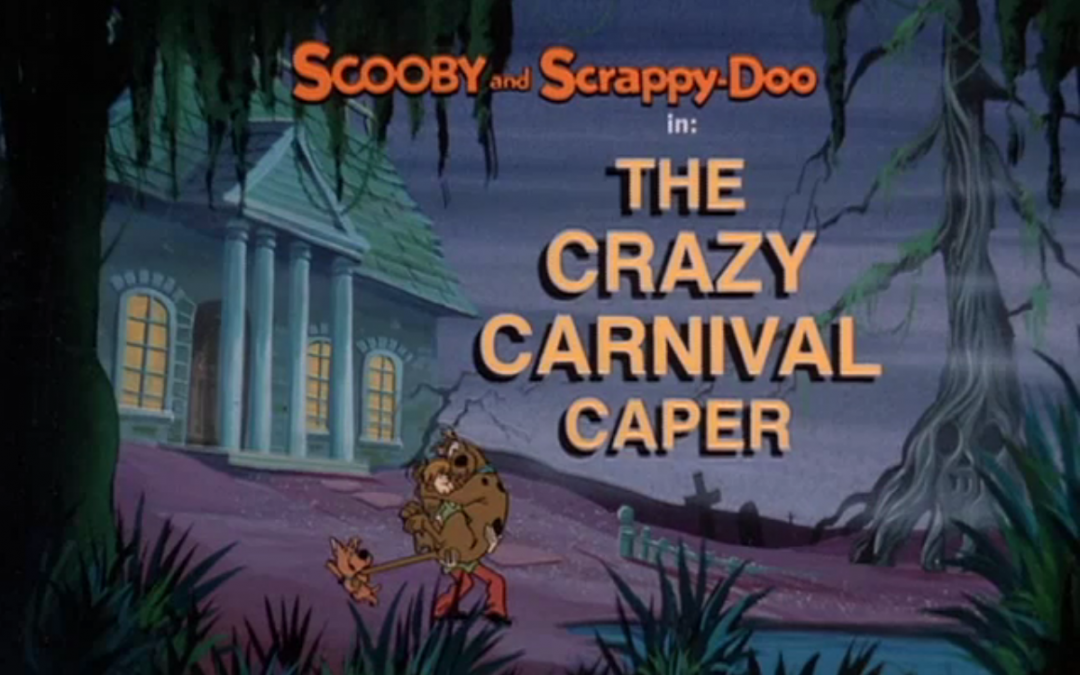 Welcome to the Biblical Studies Carnival 169 for March 2020! After weeks of social distancing, you can now peruse the best of biblical studies—the thrills, the fun, and all the excitement churned out across the Internet and curated here. And don’t miss the tempting prizes and games! There’s an exclusive steal of a coupon code for Carnival readers courtesy of Baylor University Press, an amazing giveaway from Lexham Press, and all kinds of free stuff from Randy Leedy of NTGreekGuy.com. Special thanks to Baylor University Press, Lexham Press, and NTGreekGuy.com for sponsoring this Carnival!

I didn’t want to ignore COVID-19 and the impact it had over the month of March. Here are some posts that addressed the pandemic in one way or another.

Jim Davila shared an article from the Jewish Press on how the Coronavirus has affected archaeology. An anonymous thief returned an ancient ballista stone over fears of impending doom.

Bob MacDonald also offers a theological interpretation of coronavirus at his blog, Dust.

Richard Beck blogs on love and germs at Experimental Theology.

Yitzhaq Feder is an expert on ancient Near Eastern contagious diseases. Looking to Leviticus and Exodus, he relates ancient infection to modern.

Pope Francis even said Catholics can confess their sins directly to God. No joke. You can read Cindy Wooden’s article here.

The Museum of the Bible has been posting light-hearted videos in a series titled Lonesome Curator.

With all the cancelled conferences, the International Greek New Testament Project is running a series of “Text-Critical Thursday” seminars in May and June. Here’s an announcement with instructions on signing up.

Hebrew Bible and Ancient Near East

Purim was in March so Esther got a little well-deserved attention!

Chen Malul writes at Intermountain Jewish News on the tomb of Esther and Mordechai. The Iranian Jewish community bought it, but its existence is opposed and threatened. HT: PaleoJudaica.com.

“My God, my God, why have you forsaken me?” Jesus cried out on the cross. Not so, according to a Jewish reading of Psalm 22. Midrashishic interpretation applies this text to Esther. Find out why from Abraham J. Berkovitz at TheTorah.com.

If you’re in the mood for some more Midrash, Rabbi Debbie Young-Somers, writing for Jewish News, reminds us that just because Vashti was told to show up wearing a crown doesn’t mean that’s all she was supposed to wear.

Hebrew scribes and donkeys climbing ladders—what? Who knew how much fun colophons could be. See for yourself in this post by Annabel Gallop at the Asian and African Studies Blog.

The Lexham English Septuagint received some good press this month. I called it “beautiful.” Lawrence Farley called it “handsome.” Whatever you call it, Lexham Press is giving away a free copy to one Biblical Studies Carnival reader. All you have to do is subscribe to niedergall.com by entering your email address in the sidebar on my homepage.

Everyone who subscribes between April 1–15 is eligible for the random drawing. I will contact the winner on April 16 by email to get your mailing address so Lexham can ship you a copy.

Will Ross sits down with John Meade for an interview to discuss Meade’s recently published A Critical Edition of the Hexaplaric Fragments of Job 22–42. You can find it at Septuaginta &C.

Book of Enoch in Alexandrinus? At the end of February, the perceptive Ed Gallagher at Our Beans, pointed out a subtle error in Baylor’s recent Introduction to the Septuagint. I read the chapter in question for my review and understandably overlooked Siegfried Kreuzer’s misstatement on Codex Alexandrinus. Good catch Ed! But don’t worry, Introduction to the Septuagint is still a great book and everyone who cares about the LXX should read it!

And to encourage you to read it, Baylor University Press has kindly offered Biblical Studies Carnival readers a discount! Use discount code 17LXX20 between April 1–11 for a 20% discount plus free shipping at baylorpress.com.

Interested in Greek or Latin paleography? Here are some illustrated guides from the Vatican Library for Greek and Latin.

Interested in studying Greek or Hebrew as an undergraduate? The convivial Will Varner can give you three reasons why you should. Plus, Will Varner has a new book! You can read R. Brian’s Rickett’s author interview here.

Christoph Heilig started a-bloggin’ a series on what he would have presented on linguistics for a research seminar in Zurich here. I can appreciate his self-identification as “an exegete with interests in linguistic results.” And you should read his practical suggestions in part two.

Hugo Méndez wrote a JSNT article called “Did the Johannine Community Exist?” Méndez argues that the Johannine Community never existed and takes this argument a hundred steps further by claiming the letters of John are pseudepigraphic. Candida Moss summarizes some of this in her Daily Beast article. John MacDonald interprets Scripture through the lens of the forgery thesis at Palpatine’s Way. Joel Edmund Anderson disagrees with all this at Resurrecting Orthodoxy. (I’m with you Joel!)

Ian Paul interviews Peter Gurry on some of the key issues discussed in the recent Myths and Mistakes in New Testament Textual Criticism.

J. David Stark continues to show us how to “Work better in biblical studies” by offering a simple guide on how to check the manuscripts behind the textual apparatus in your Greek New Testament.

Brice C. Jones shares some high-quality photos of the earliest Greek manuscript of the Didache. Thanks Brice!

Former long-time Bob Jones University Greek professor Randy Leedy, author of the highly regarded Greek NT Sentence diagrams published in BibleWorks, has lately shown up on the internet, championing the cause of sentence diagramming. And his work is super helpful! If you’re interested in diagramming, his website is the place to begin or to dig deeper.

The major offering there is the BibleWorks diagrams now in PDF form (also, by the way on pre-publication offer from Logos and discussed at some length on Leedy’s site).

Leedy has posted a special page for Biblical Studies Carnival readers, www.NTGreekGuy.com/BiblicalStudiesCarnival. There he offers, free of charge, sets of diagrams on Colossians as well as Bel and the Dragon (a text I’ve been blogging about lately). He also offers a free PowerPoint Sentence Diagramming environment, and his page includes links to his Facebook group and his YouTube channel for sentence diagramming. He also provides a  coupon code for a 20% discount for Carnival patrons on purchases of his NT sentence diagrams.

Also available for recovering BibleWorks users who have heavily used the BibleWorks Greek font (BWGRKL) in other programs is a Word Macro to convert that font to Unicode, using the target font of your choice. It can accommodate PowerPoint and other file-types by copying text into Word, running the macro, and then copying the new text back out to the other program(s). The download is free; after trying it, if you end up using it sufficiently to give it value, just pay him some small amount that would reflect a bargain price for you.

Over at Biblia Arabica, Robert Turnbull argues that Arabic manuscripts matter, at least when it comes to the Gospels. He shows how one group of Arabic Gospels, known as Family B, has plenty of disagreement with the Majority Text and the Ancient text presented in UBS.

Inclusive we or exclusive we? That’s what Mike Aubrey wants to know in his post “The curious case of clusivity marking.” Don’t let the esoteric title put you off, this is a good question to think about if you study the biblical languages.

Over at Evangelical Textual Criticism, Peter Gurry wishes we could get rid of letter designations for majuscules.

You can read Ted Wright’s “10 Things You Should Know About Archaeology” from Epic Archaeology.

Megan Sauter reports at Bible History Daily that two teams are excavating separate sites they each claim is the biblical Bethsaida.

Open Greek&Latin reminded us of all the primary texts available through the Scaife viewer!

Stop the press! Hugo Méndez admitted he was actually wrong about the whole Johannine community thing.

Andrew Perrin weighs in on the Dead Sea Scrolls upheaval with his own expert analysis. (According to this article from Haaretz, he’s right!)

James Bejon tweeted on Purim and Benjamin’s connection to the story of Esther here and here.

Andrew King told us, “Don’t Bring Your Greek or Hebrew Bible to Corporate Worship.” Much of Twitter disagreed. Remember that dust up? From Melissa Moore to James White, Shawn J. Wilhite, Peter Gurry, and Carmen Joy Imes—people want their Greek and Hebrew Bibles in the pew. You will want to read this response by Tavis Bohlinger (with Mark Ward) and Andrew King’s response to Tavis Bohlinger. The conversation raised some good points and everyone’s still friends. Double win!

Kim Philips shared an instructive ditty from the Masorah. Open mouth. Closed mouth. Got it.

You might want to add this cuneiform keyboard to your wishlist.

And, since we’re talking about Twitter, Jim Eliliff at Christian Communicators Worldwide reminded us,

Solomon was a hypocrite in his latter years. He would have saved himself much turmoil if he had heeded the wisdom of his own proverbs. Put a way that modern man can understand it: Solomon would have been wiser to live his proverbs than merely to tweet them.

Michael J. Kruger answers the question, “Should You Preach from a Full Manuscript?” In a word—No. (But I usually do!)

Mark Ward vlogs through his book, Authorized: The Use and Misuse of the King James Bible. You can access the entire series at his blog, By Faith We Understand.

The Text & Canon Institute posted videos from their recent conference on their YouTube channel here.

Kevin Bauder recounts his favorite reads of 2019 here and here.

Who is Jim Eisenbraun? Find out in this free book from SBL Press: “He Inscribed upon the Stone”: Celebrating the Work of Jim Eisenbraun. I’ve always been a little curious about what the creature in the Eisenbrauns logo is supposed to be. No longer!

What did I miss? Comment below on the biblical studies gems of March 2020. I hope you’ve enjoyed this edition of the Biblical Studies Carnival. Take advantage of the generous offers from Lexham, Baylor, and Randy Leedy of NTGreekGuy.com. And here’s one more giveaway for you!

Joey McCollum and I co-edited Max and Moritz in Biblical Greek (GlossaHouse, 2019). We’re giving away free copies to two winners. All you have to do is enter below in this retweet campaign. Winners will be announced April 10th.

As a fairly new blogger, I appreciate Phil Long giving me the chance to host a Biblical Studies Carnival. If blogging is your thing, you should host one. Maybe you’ve had a lot of free time on your hands lately and you’ve been kicking around the idea of starting your own blog. Go for it! Volunteers to host future carnivals are needed. The carnival covering the month of April is even up for grabs. This is a great way to draw attention to your blog and provide a helpful digest of online biblical studies content others can enjoy. You can contact Phil at plong42@gmail.com or on Twitter @plong42.

Thanks to my good friend Joey McCollum, co-editor of Max and Moritz in Biblical Greek, for his help in crafting this edition of the Carnival. Thanks to Randy Leedy, David Aycock, and Lindsay John Kennedy for responding with such generous promotions. Thanks to Bob MacDonald for all the great recommendations. And special thanks to Phil Long for the opportunity to host!