The Lexham English Septuagint And Its Place In History 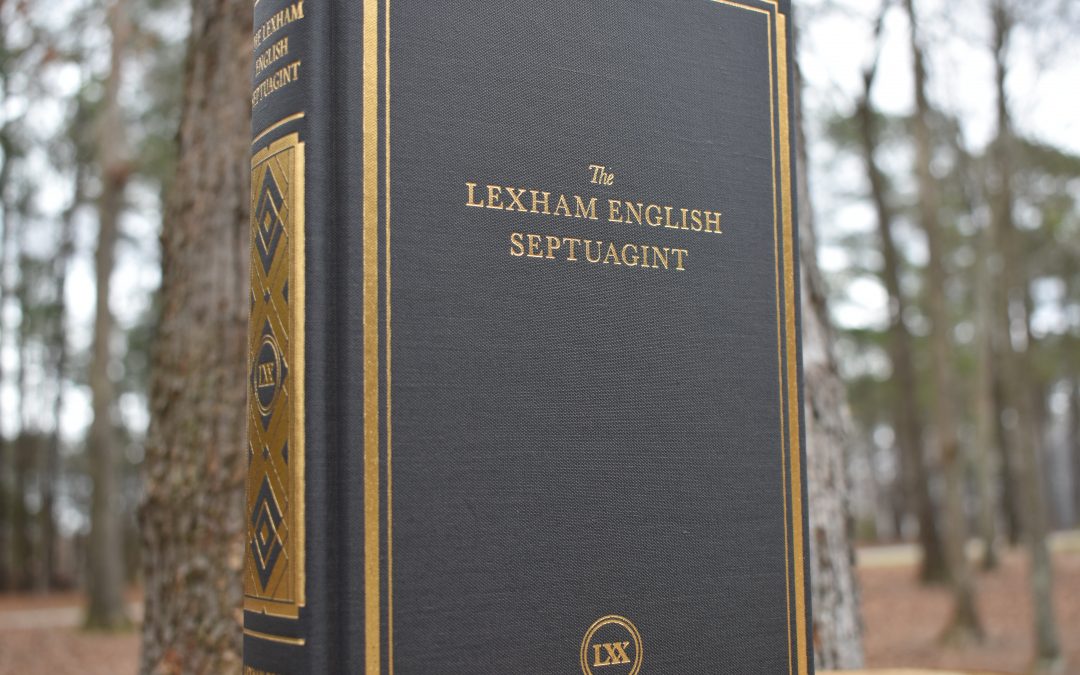 The first published English translation came from Charles Thomson. “The first person to translate the LXX into English” is an impressive addition to your resume, but perhaps not as impressive as signing the Declaration of Independence. He did that too. Plus, he was a beekeeper on top of that! But how did he end up producing an English Septuagint?

For Charles, it all started when he unwittingly purchased what he later found to be a portion of John Field’s 1665 edition of the Septuagint. Two years later he saw the rest of it for sale and bought it. Drawing upon the Greek training he received in school, he devoted part of his post-Revolution retirement to Bible translation. And as a Bible translator, he established a good precedent by formulating some good rules to follow. Here are some of the rules he recorded in his notebook:

To translate well is: 1, to give a just representation of the purpose of an author; 2, to convey into the translation the author’s spirit and manner; 3, to give it the quality of an original by making it appear natural, a natural copy without applying words improperly, or in a meaning not warranted by use, or combining them in a way which render the sense obscure, and the construction ungrammatical or harsh (Harley, 168).

The man was a pioneer. For each English translation, I’ll give a sample translation of the same passage for comparison’s sake where available. I’ve sort of haphazardly selected Proverbs 23:29–31. (Versification may differ if you consult the edition for yourself.) Here it is as English readers of the Septuagint first encountered it.

Who hath woes? Who hath trouble? Who hath law suits? Who hath vexations and squabbles? Who hath wounds without cause? Whose are the eyes suffused with blood? Are they not theirs who tarry long at wine—who frequent the places where there are revels? Be not drunk with wine; but converse with righteous men: and converse in the publick walks. For if thou givest thine eyes to cups and goblets; thou wilt go about afterwards naked as a pestle.

1844—Sir Lancelot and the Septuagint

We only have to skip ahead a few decades to reach the next English translation of the Septuagint. And for this one, we have to thank Sir Lancelot. The real Sir Lancelot! Not the one of Arthurian lore—Sir Lancelot Charles Lee Brenton was an educated clergyman. Why did he undertake such a monumental task? He asked the question: “Why then, it may be asked, is the Septuagint so little known and so little valued?” His answer? “Because it has not been translated” (Brenton, x). Well, technically it had, but Brenton hadn’t seen it (Jobes and Silva, 71).

Who has woe? who trouble? who has quarrels? and who vexations and disputes? who has bruises without a cause? whose eyes are livid? Are not those of them that stay long at wine? are not those of them that haunt the places where banquets are? Be not drunk with wine; but converse with just men, and converse with them openly. For if thou shouldest set thine eyes on bowls and cups, thou shalt afterwards go more naked than a pestle.

Julia Evelina Smith studied Greek and Latin in school. Later on, she learned Hebrew. She translated the Septuagint, plus she was the first female to translate the Hebrew Old Testament and Greek New Testament into English. Her translation of the Septuagint did not see a wide publication. Karen Jobes and Moises Silva call her “a footnote in English Bible translation” (71). But she was still one confident gal! Just check out what she writes in her preface:

As for the Latin and Greek, I have no doubt many have searched deeper into the standard works than I have, but I think no one has given more time and attention to the literal meaning of the Bible text in these languages (Preface of the Julia E. Smith Parker Translation).

2007—The Hiatus Concludes: A New English Translation of the Septuagint (NETS)

Hats off to Albert Pietersma and Benjamin G. Wright for editing this translation. They did something that hadn’t been attempted for over 130 years. The NETS translation is known for following the text of the New Revised Standard Version (NRSV) where the Septuagint follows the Hebrew. It is also known for its interlinear paradigm that presupposes ancient readers would have comprehended the Septuagint through their understanding of the Hebrew language (Dines, 153). You can read more about this translation in the front matter available here.

Who has woe? Who has trouble? Who has strife? Who has vexation and squabbles? Who has wounds without reason? Who has blood-shot eyes? Are they not those who linger long over the wine, who frequent places where drinking takes place? Do not get drunk from wine; rather converse with righteous people, and converse in public places; for if you give your eyes to saucers and goblets, you will afterwards walk around more naked than a pestle.

According to the introduction to this translation, the St. Athanasius Academy used the text of New King James Version where it agreed with the Masoretic text. Where the Rahlfs edition of the Septuagint differed, they used Brenton’s English translation.

Who has woe? Who has tumult? Who has condemnation? Who has unpleasantness and gossip? Who has afflictions with no purpose? Whose eyes are pale? Is it not those who linger long with wines? Is it not those who hunt for the whereabouts of drinking parties? Do not be drunk with wine, but keep company with righteous men, and keep company in public walks, For if you set your eyes to the bowls and cups, Afterward you will walk about more naked than ground meat.

2019—A Work of Men, Women, and Machine: The Lexham English Septuagint (LES)

The LES started out as the Lexham Greek-English Interlinear Septuagint created under the leadership of Randall Tan. Rick Brannan harnessed the power of computers to generate a base text for English translation. He then recruited editors to transform this base text into readable English, thus creating the first edition of the Lexham English Septuagint in 2012. This was available only digitally until Ken M. Penner re-edited this text for print as the second edition of the Lexham English Septuagint.

Who has woe? Who has turmoil? Who has judgment? Who has nausea and gossip? Who has fractures for no reason? Who has pale eyes? Is it not those who linger over wines? Is it not those who hunt for where the drinking parties are? Do not be drunk with wines, but converse with righteous people, and converse on walks; for if you give your eyes into the bowls and cups, you will eventually walk more naked than a pestle.

Six English translations of the Septuagint over the course of 200+ years isn’t really that many. How many English translations of the Bible are there? Reading a translation of a translation may seem like an odd proposal to some, but I’m thankful for those who have undertaken the task over the past 200+ years. I’ve used the 2012 edition of The Lexham English Septuagint extensively, and I look forward to reading this second edition in print. I close with the fitting words of Sir Lancelot Brenton:

“Let the Greek Septuagint be published in a cheap and accessible form and the march of mind will soon supply readers” (Brenton, x).