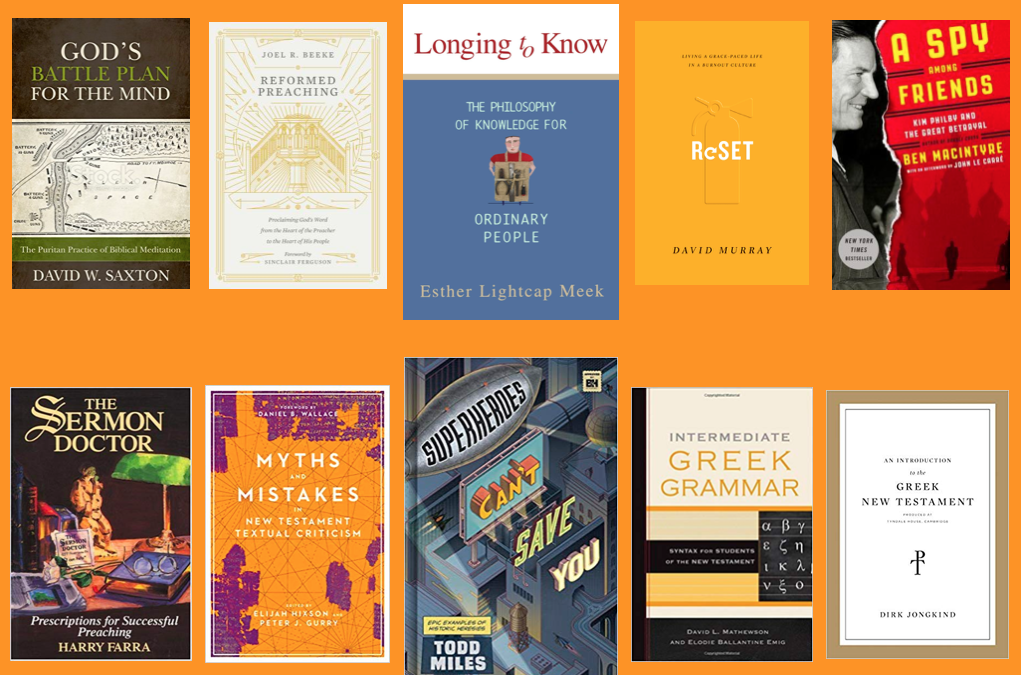 Taking a cue from others, I looked back over the books I read in 2019. These are my top ten by rank. Who knows, you might see a title or two that piques your interest!

God’s Battle Plan for the Mind

Knowing God is remarkably similar to knowing your auto mechanic.

Reset: Living a Grace-Paced Life in a Burnout Culture

Speaks to different areas of the Christian life; geared towards pastors.

A Spy Among Friends: Kim Philby and the Great Betrayal

Learn lessons on preaching through a fictional tale.

Superheroes Can’t Save You: Epic Examples of Historic Heresies

An Introduction to the Greek New Testament Produced at Tyndale House, Cambridge