The Sovereignty of Ancient Babylonian Gods 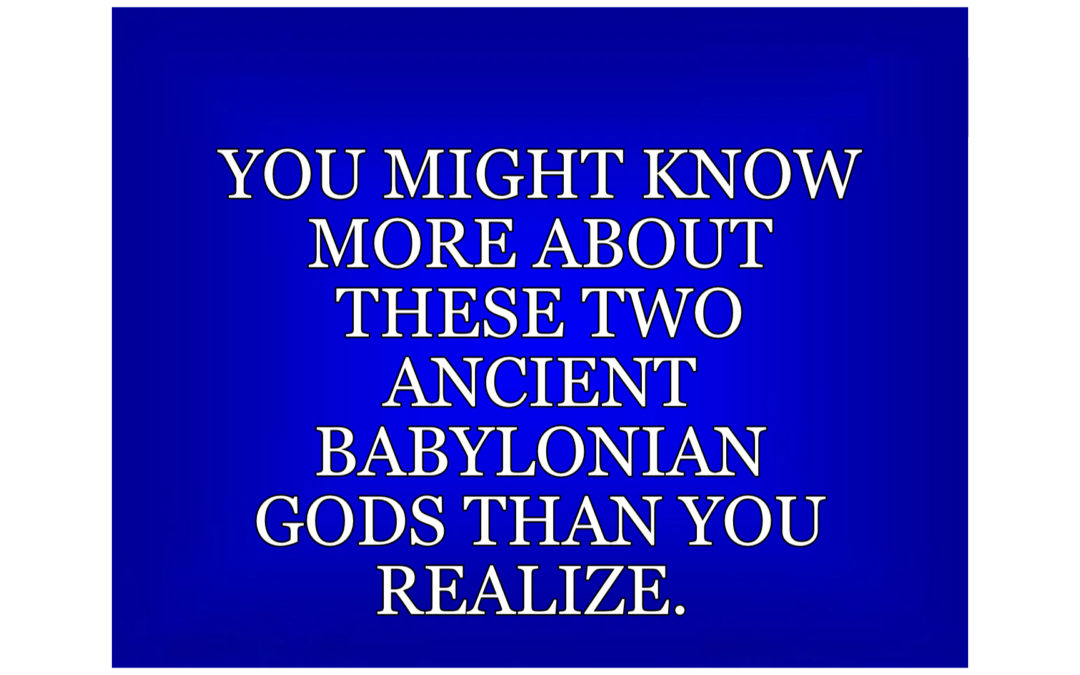 You probably don’t think you know much—probably nothing—about the gods of ancient Babylon. But you might know a little more than you think.

Remember Mordecai? Esther’s cousin in the book of Esther? And, from the book of Daniel, remember King Nebuchadnezzar? Well, Mordecai—he gets his name from Marduk, the supreme Babylonian god. King of the Gods. That’s why Marduk was called Bel by the Babylonians. Bel means “lord.” And since Marduk was the greatest, he was “lord of the gods.” So that’s one god of Babylon you know now. How about one more? King Nebuchadnezzar of Babylon, his namesake was Nebo or Nabu—another Babylonian God. And, actually, Nebo was the son of Marduk. Bel.

There, now you know more about ancient Babylonian gods than most people. And these two gods, Bel and Marduk, are in the Bible. And, despite how mighty the people of Babylon believed these two were, God says they’re weak.

Bel bows down; Nebo stoops; their idols are on beasts and livestock; these things you carry are borne as burdens on weary beasts. They stoop; they bow down together; they cannot save the burden, but themselves go into captivity (Isa. 46:1–2).

They’re powerless. They crouch and cower. They can’t rescue anyone. They can’t rescue their worshippers from danger. They can’t even rescue themselves from being carried off in defeat. What a contrast between these ancient Gods of Babylon and our eternal God. Our God doesn’t crouch and cower. Nothing catches Him by surprise. Not just because He knows everything, but because He controls everything. In the same chapter, He says, “I will accomplish all my purpose” (Isa. 46:10). Bel and Nebo couldn’t do that. God has a plan and He carries out that plan. Bel and Nebo were captured by enemy armies and carried off on wagon carts. But that’s not our God.

I like the illustration John Frame, one of my favourite theologians, uses. He compares God’s planning of the universe to putting together a jigsaw puzzle. The pieces have to fit. The shape of each piece requires all the other pieces to fit together. And God’s not just putting the puzzle together. He made the puzzle pieces. The parts and the whole. He planned it. He controls it. And the whole thing is wise, consistent, meaningful, and rational (149—150).

Christians can be confident that all is in God’s hands. The good and the bad, when it seems the world is collapsing around us, all will come out right in the end (Rom. 8:28).  God knows what He’s doing. So trust Him. And give Him glory. The right God is in control.