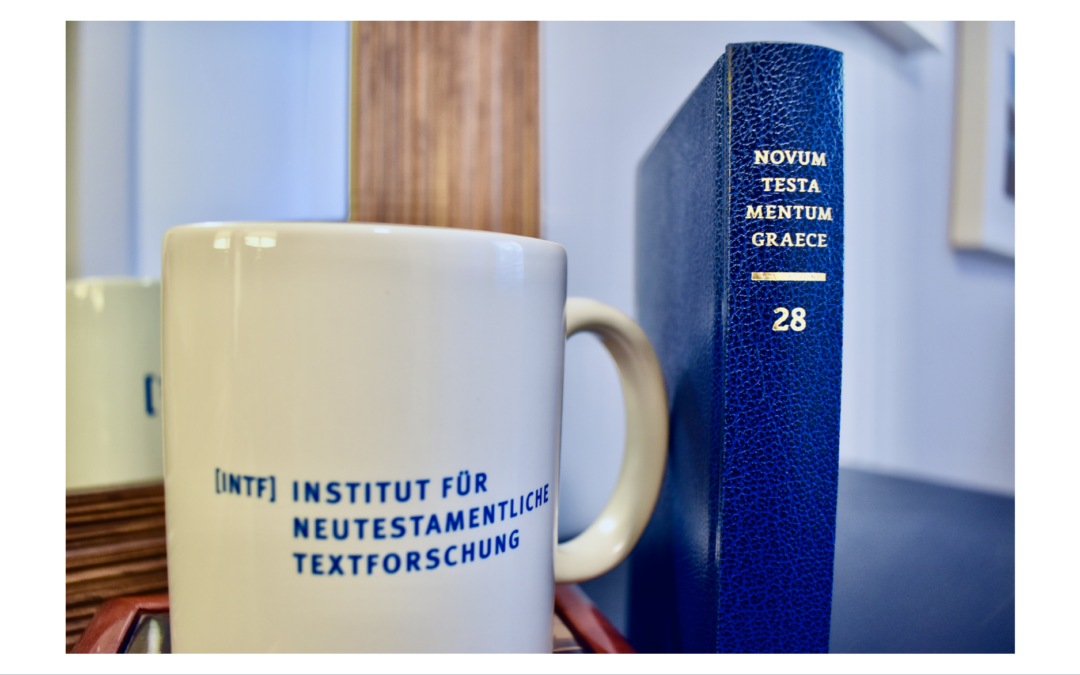 The romance of old-fashioned detective work and Tischendorfesque manuscript discoveries has been largely reduced to emails and library searches. On the plus side, this means that almost anyone can jump in and give it a try. Case in point: me. Look at what just arrived on my doorstep from Germany. As a kind expression of gratitude, Greg Paulson and Prof. Dr. Holger Strutwold sent me this snazzy new mug and NA28 on behalf of the Institut für Neutestamentliche Textforschung (INTF) in appreciation of some modern manuscript locating work.

Greg Paulson, in a May 2020 post to the INTF Blog, noted the difficulty of maintaining the Kurzgefasste Liste as manuscripts move around through auction houses. As a result, the whereabouts of some New Testament manuscripts are unknown. Until recently, GA 851 and GA 2805 were two such missing manuscripts. Thankfully, neither is missing any longer.

Two Books Specialists from Sotheby’s were instrumental in reaching out to the owner of GA 851. The owner responded, expressing their desire to remain anonymous, but offering their city location. Sotheby’s has graciously offered to facilitate any future scholarly communication with the buyer.

Sotheby’s has also contacted the owner of GA 2346 and is awaiting a response.

An extremely helpful manuscripts specialist at Christie’s acted as an intermediary in notifying the buyer, who was happy to provide the information needed to update the INTF’s records. The specialist from Christie’s also had these encouraging words to offer:

I have always found that every one of our medieval manuscript clients is happy to be contacted by academics and is happy to share information for scholarly purposes – and certainly where possible we always forward enquiries to them….in many more cases than not, private owners are very open to sharing information with the academic community.

The moral of the story is that these days, you can find almost anything (including missing Greek NT manuscripts) thanks to the power of the Internet and the kindness of others.