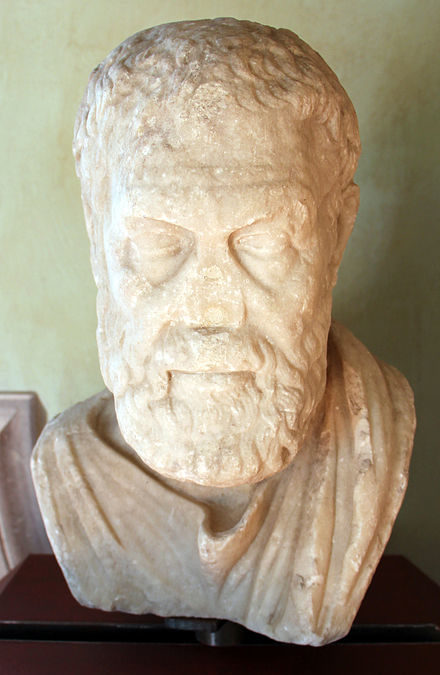 Lexicons are wonderful tools. BDAG, for instance, is packed with valuable data. Almost every entry contains a string of cryptic abbreviations directing you to where the headword appears outside of the New Testament. Sometimes, especially for words with shorter entries, it’s worth the effort to do some digging and chase down a few of those references. Case in point: BDAG’s entry for ἀθυμέω. This word makes an appearance in Col. 3:21. There, Paul is talking about a father’s provocation and a child’s discouragement. What does he mean by a child becoming discouraged? I don’t want my actions as a father to have some negative effect on my kids. I want to know more about ἀθυμέω. Here’s how we find it in Col. 3:21:

Col 3:21 (ESV) Fathers, do not provoke your children, lest they become discouraged.

And, to help us understand what Paul means by children becoming discouraged, here’s BDAG:

The entry is short. You can see the definition and the glosses: “to become disheartened to the extent of losing motivation, be discouraged, lose heart, become dispirited.” That’s helpful, but I want to know more. Say, how about that Hyperides (Hyperid.) reference? It’s used “of children” just like in Col. 3:21. Perhaps fragment 144 of Hyperides, with what seems to be a parallel context, will shine some special light on the meaning of ἀθυμέω for us? We’ll see. But first, let’s work through some of these other references outside of the New Testament. Then we can compare our findings to what we see in fragment 144 of Hyperides.

This reference is easy to locate on the Perseus Digital Library.

The end of our empire, if end it should, does not frighten us: a rival empire like Lacedaemon, even if Lacedaemon was our real antagonist, is not so terrible to the vanquished as subjects who by themselves attack and overpower their rulers. 2Thucydides. The Peloponnesian War. London, J. M. Dent; New York, E. P. Dutton. 1910.

In the negotiations between the Athenian envoys and the rulers of Melos, the envoys express indifference to the end of their empire at the hands of Lacedaemon (Sparta) because Sparta treats those they vanquish better than those who rebel against them. The prospect of Sparta defeating Athens does not cause the Athenians to lose heart. That fits with what we know about ἀθυμέω from BDAG so far. Let’s continue to peruse the attestations.

The published volume containing the Amherst Papyri is viewable through Google Books. This document is a fragment of a letter. Only the ends of fifteen lines are preserved, but the subject matter involves an injured foot and someone annoying the letter’s recipient. The effect of this troublesome person on the recipient is discouragement. The author of the letter is urging the recipient not to be discouraged. Now, we’ll just keep rolling through a few more of these references.

For this reference, we can turn to the Duke Databank of Documentary Papyri—free and searchable online.

Now the wine is currently worth a great deal, that is to say, about three staters, due to which no one is disheartened to sell any property they might own.

Because the wine is fetching such a good price, there’s no reason to be discouraged over selling their vineyards. The word ἀθυμέω also appears a little later in the same papyrus (line 14). There we read that if the next harvest is a good one, the supply of wine will increase and the price will drop. The grape growers will lose heart when they can’t make ends meet and have to sell their land for a pittance. Who would be discouraged over making a profit? And who wouldn’t be discouraged if their livelihood was being threatened?

Hereupon, when Benhadad, the king of Syria, had escaped to Damascus, and understood that it was God himself that cast all his army into this fear and disorder, and that it did not arise from the invasion of enemies, he was mightily cast down at his having God so greatly for his enemy, and fell into a distemper. 5Flavius Josephus. The Works of Flavius Josephus. Translated by. William Whiston, A.M. Auburn and Buffalo. John E. Beardsley. 1895.

Benhadad, the Syrian king, was disheartened over having God as his enemy. That would be discouraging. One more reference to go.

But when Jonah was grieved that on the  third day, as he proclaimed, the city was not overthrown, by the dispensation of a gourd springing up from the earth for him, under which he sat and was shaded from the heat (now the gourd had sprung up suddenly, and Jonah had neither planted nor watered it, but it had come up all at once to afford him shade), and by the other dispensation of its withering away, for which Jonah grieved, [God] convicted him of being unjustly displeased [disheartened] because the city of Nineveh had not been overthrown, and said,

Here’s ἀθυμέω in this recounting of Jonah’s displeasure at God’s mercy towards Nineveh. The Septuagint translator used the construction ἐλυπήθη Ιωνας λύπην μεγάλην (“grieved with great grief”) in Jonah 4:1 to describe the emotions of Jonah that Justin Martyr is referencing. Jonah is discouraged because his desired outcome is not going to come to fruition. This usage, along with all those previous, fits a general pattern as we can see in the summary below.

Our Findings so Far

So, from what we’ve read, how is ἀθυμέω used?

#1: We read about the absence of discouragement over the prospect of one’s nation being conquered.

#2: We read about the discouragement a troublesome person can cause.

#4: We read about a king’s discouragement over having God as his opponent.

#5: We read how Jonah was discouraged because God spared Nineveh from destruction.

In each of these usages, the verb ἀθυμέω has the sense given in BDAG communicated in the gloss to be discouraged. I’m not so sure I see how the magnitude scales “to the extent of losing motivation.” That factor seems to come more from context, than solely the instantiation of this lexeme. But, now that we’ve established some groundwork, let’s see what Hyperides has to say. Remember, it uses ἀθυμέω “of children.” Does it have anything especially helpful to contribute because of its seemingly parallel context?

Moreover, a certain bed was called the “marriage bed”, and another the “side bed,” which was made up in the bedroom so that the girl did not lose heart as Hyperides said.

The context likely involved young Athenian brides in their early teens marrying older men. This text is probably referring to the practice of giving these young girls their own beds to give them emotional comfort during the traumatic experience of entering and consummating an arranged marriage. We can add this to our list of findings:

#6: We read about the mitigation of a young girl’s discouragement over an arranged marriage and consummation to an older man.

Does this help us with Col. 3:21? Sure, but no more than any of the other attestation. The editors of BDAG probably saw a potential parallel section since fragment 144 involves children, but it’s not dealing with the relationship between parent and child, but rather husband and child wife.

What does all this mean? There’s a valuable lesson here. Colocation of similar terminology doesn’t equal an identical context that aids lexical understanding. Sure, the same verb shows up in close proximity to παῖδα and τέκνα. But the respective contexts are vastly dissimilar.

For anyone experiencing a state we could describe with the verb ἀθυμέω, it would involve facing circumstances difficult to endure. A state we could expressly describe as free from experiencing this same verb would involve bearable conditions. Thus, Paul’s exhortation to fathers in Col. 3:21 not to provoke (ἐρεθίζω) their children would have in view the prohibition of provoking them to a state they are unable to bear. We didn’t need fragment 144 of Hyperides to reach this conclusion. And the fact it’s context involves children, as does Col. 3:21, wasn’t as significant as a BDAG user might think. If nothing else, this is a good reminder that it’s worth checking those cryptic strings of bibliographic entries in your lexicon when possible.

Special thanks to evagre, an anonymous Ancient Greek expert on Reddit, for his translation and commentary on fragment 144 of Hyperides and PGiss 79.