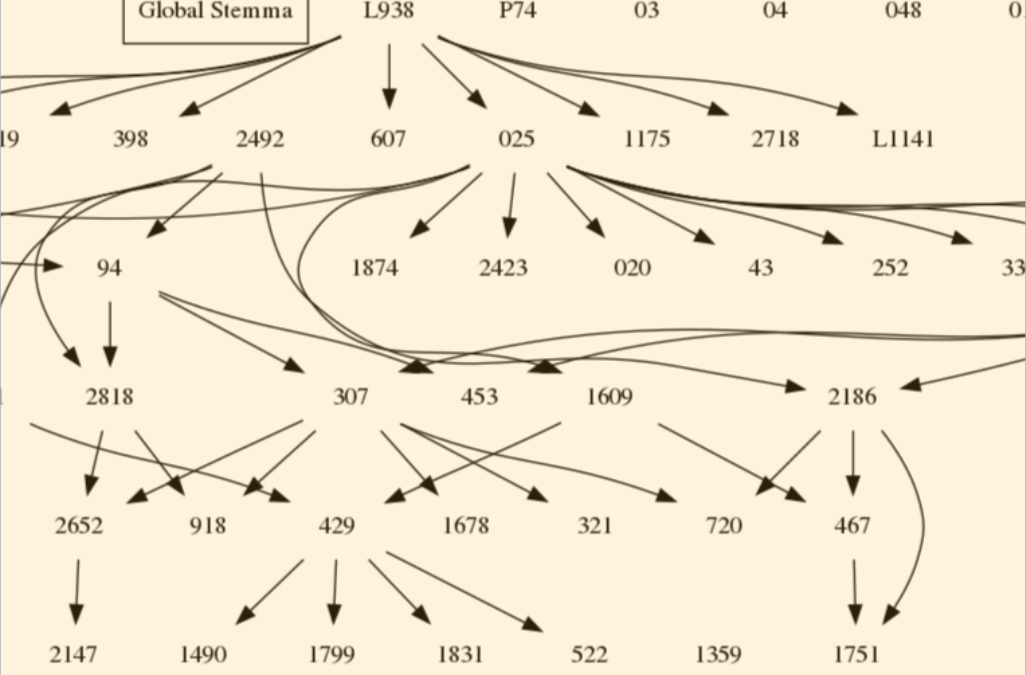 It was only a matter of time until someone reverse engineered the Coherence-Based Genealogical Method. The “black box” is now open and freely available thanks to Joey McCollum. His C++ implementation is open-source, compact, fast, and compliant with established standards of the field. It runs on Windows, MacOS, and Linux. And for a first, it can produce a complete global stemma of a text (very quickly at that). You can see Joey has done so for 3 John.

The Coherence-Based Genealogical Method (CBGM) is a novel approach to textual criticism, popularized by the Institut für Neutestamentliche Textforschung (INTF) for its use in the production of the Editio Critica Maior (ECM) of the New Testament. It is a meta-method, combining methodology-dependent philological decisions from the user with efficient computer-based calculations to highlight genealogical relationships between different stages of the text. To establish genealogical relationships in the presence of contamination (understood to be a problem in the textual tradition of the New Testament), the CBGM makes a number of philosophical and methodological innovations, such as the abstracting of texts away from the manuscripts that preserve them (and the resulting rejection of hypothetical ancestors as used in traditional stemmata), the encoding of the textual critic’s decisions in local stemmata of variants, and the use of coherence in textual flow to evaluate hypotheses about the priority of variant readings.