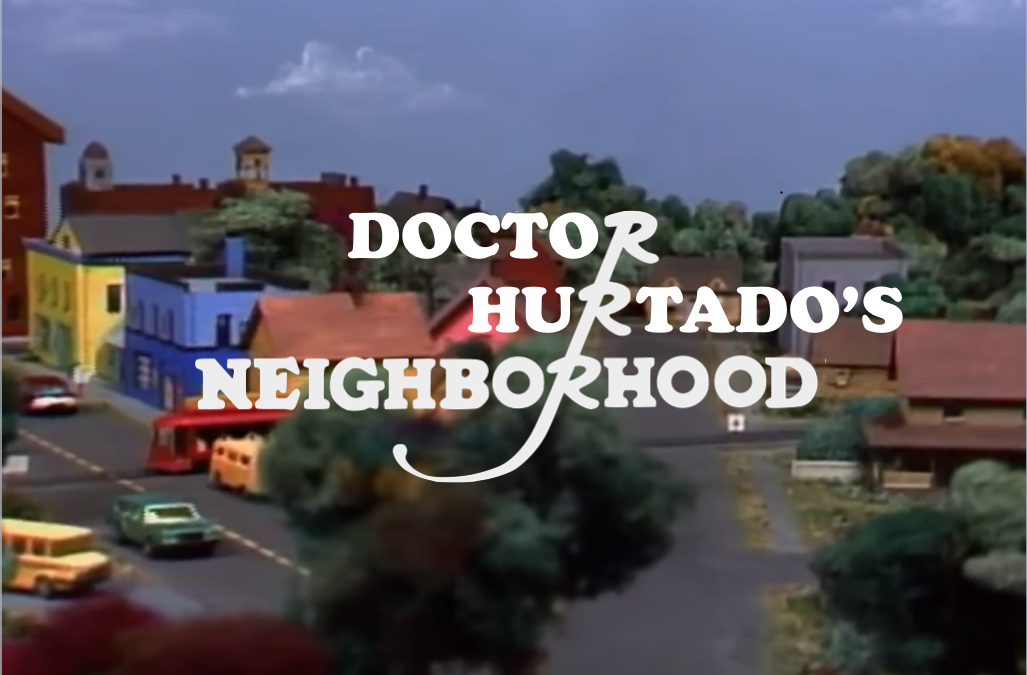 Like many Americans around my age, I grew up watching Mister Rogers’ Neighborhood. I was a fan. And sometime after Fred Rogers’ death, I read about how he made it a point to respond to every letter he received from his fans. It made me wish I would have written to him when I was younger, so I could have gotten a letter back from Mr. Rogers!

With the recent passing of Larry Hurtado and reading several reflections on his life and scholarly contributions, I thought it might behoove me to read something he wrote. Other than following his blog, I had no previous exposure to his books or essays. Someone had previously given me Honoring the Son: Jesus in Earliest Christian Devotion as a gift, so it was an easy decision on where to begin. How this ties into Mr. Rogers is that Dr. Hurtado was always keen to respond to comments and critiques of his work on his blog. If he were still living, perhaps he would have extended me the honor of a response on his blog. (In his absence, others are welcome to offer corrections if I’ve misunderstood his understanding of Jesus devotion.)

Again, this is my first and only real exposure to the work of a man who devoted years of study to this subject. And this slender volume with six short chapters extending over just 76 pages has five main points, each clearly stated by Hurtado in the introduction. Here they are in my own words.

First, we should think of religious expression in the Roman world in terms of worship (e.g., sacrifice), not doctrine expressed in beliefs and confessions.

Second, what set Judaism apart from all other religions during this time was the refusal of its adherents to worship any other deity than Yahweh.

Third, the Jews worshiped only God, not his angels or any other figure.

Fourth, in light of worship in Judaism, it is a big deal that people with this background would worship Jesus along with God the Father.

Fifth, their worship of Jesus, along with God the Father, found its expression in specific religious acts such as prayer, church ordinances, singing, etc.

Hurtado frames the phenomenon of early Jesus devotion strictly in terms of worship practices (e.g., sacrifice, prayer, and adoration). This is how religion functioned in the Roman world. Hurtado writes, “Instead of doctrines or behavioral teachings, we could say that it was what deities you worshipped and the nature of the worship that you practices that defined you religiously” (21). Yet he notes the exception to this rule was Judaism, with its unique ethical dimensions relayed through the Torah. Hurtado then proceeds to label Christianity as a descendant (what he calls a “mutation”) of its parent religious tradition, Judaism. He argues that Jesus worship began in a Jewish setting, not a pagan diaspora one. Given this context, I don’t see why it wouldn’t follow that Christianity would inherit the ethical/behavioral dimension of Judaism. Instead, he appears to firmly situate it in the pagan Roman context. Why wouldn’t Christianity have a similar ethical dimension? This is where I would be interested in obtaining further clarification. Undoubtedly there is fuller explanation in Hurtado’s lengthier works, which I wouldn’t mind reading sometime down the road.

Because his focus is on early Jesus devotion, chronology is an important consideration. So Hurtado limits himself to only Paul’s undisputed letter (1 Thess, Gal, 1 Cor, 2 Cor, Rom, Phil, and Phlm). I’ll agree to play ball and confine myself to the same letters to show how these texts portray the expression of Jesus devotion. Each of these books connects specific actions to a believer’s devotion to Christ. As a result, I do agree that early Jesus devotion was expressed through worship. But by worship, I mean something broader than it would seem Hurtado does.

Early on in this letter, we see the same emphasis on service presented by Paul that Hurtado notes. The Thessalonians Christians “turned to God from idols to serve the living and true God” (1:9). But we also find this service expressed in keeping the commandments of Jesus Christ (4:2). This letter concludes with a list of commands that would demonstrate devotion to the Lord Jesus (5:14–22).

It’s in Galatians we read about the fruit of the Spirit, contrasted with the works of the flesh. Producing love, joy, peace, patience, et al. are ways to show Jesus devotion. These will not always be visible outwardly, but there will be some visibility. As Paul writes in 5:24, “And those who belong to Christ Jesus have crucified the flesh with its passions and desires.” A life lived this way will look very different from one giving into sinful passions and desires.

Believers devoted to Christ should not be known for jealousy and strife (3:3). Nor are they to bring lawsuits against one another or practice fornication (6:1–8, 18). Positively, Christians following Christ will also practice church discipline within the local church. Adhering to these instructions is an expression of devotion to Christ.

In short, Paul says devotion to Jesus will be expressed through a transformed life. “Therefore, if anyone is in Christ, he is a new creation. The old has passed away; behold, the new has come” (5:17). This is worship in its broadest sense. This is true Jesus devotion.

Towards the close of Paul’s letter to the Romans, he makes it clear that those who serve the Lord Jesus Christ are not to be divisive nor teach false doctrine (16:17). It seems that for Paul, doctrine certainly mattered as an expression of religion.

Another central expression of devotion to Jesus is evangelism, or as Paul refers to it in Philippians 1:15, “preaching Christ.”

Faith in Jesus is another key expression of devotion (1:5). Again and again, within these letters, reference is made to the Christian’s hope in Jesus Christ. We are saved from wrath and judgment, secure in Christ, and guaranteed a glorious future.

This is a broader, wider-encompassing worship than what’s described in Honoring the Son. Early Christian worship was demonstrated through external acts and radically transformed living. Reading this book was helpful to me for thinking through some of these issues. Considering the subject and arguments presented in Honoring the Son, certainly got me thinking about “Jesus devotion.” And not just in its earliest expression as presented by Larry Hurtado, but in its present one. How do I express my devotion to the Lord Jesus? Devotion is not merely prayer, invoking the name of Jesus, observing baptism and the Lord’s supper, and singing hymns. Devotion to Jesus is presenting your body “as a living sacrifice, holy and acceptable to God, which is your spiritual worship” (Rom 12:1). Ultimately, I don’t think that honoring the Son then was any different than it is now.