Can You Return to Somewhere You’ve Never Been? 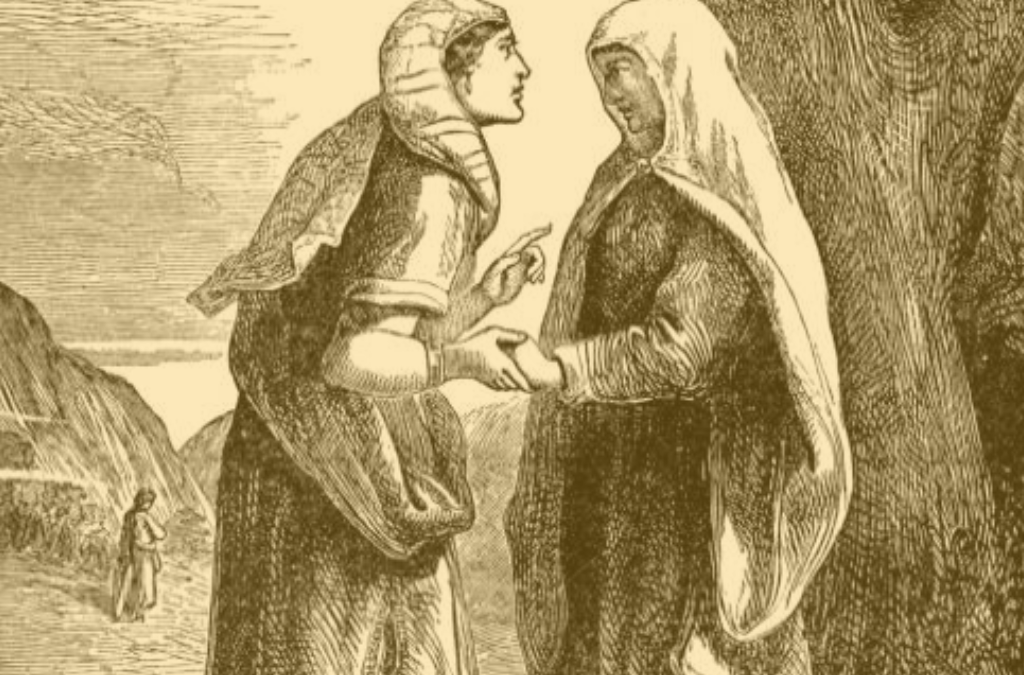 Ruth 1:22 So Naomi returned, and Ruth the Moabite her daughter-in-law with her, who returned from the country of Moab. And they came to Bethlehem at the beginning of barley harvest.

There’s no question this text tells us Naomi returned to Bethlehem. It may not be quite as clear that Ruth returned. But, if you want the grammatical facts, the clause “who returned from the country of Moab” is a relative clause. A relative clause almost always modifies its nearest appropriate antecedent, which in this case is Ruth. Plus, it’s hard to see why the author would want to tell us Naomi returned twice here. And, on top of that, it wouldn’t be too weird for us to read about Ruth returning to somewhere she’s never been before. Ruth has already said this is an action she wanted to perform in Ruth 1:10 (100).

Ruth returned. And there’s no reason to think this is somewhere Ruth has been before (129). So how can she return to somewhere she never went? Is there some obscure lexical nuance we can tease out of a lexicon that will iron this out for us? Not really. It’s the same verb in both verses: שׁוּב and שׁוּב, and it has the sense of “turn back” or “go back” or “return” (996-997). Ruth returned to somewhere she had never been. Is there a theological reason perhaps? After all, Ruth did make that bold statement in Ruth 1:16–17,

Ruth 1:16 …“Do not urge me to leave you or to return from following you. For where you go I will go, and where you lodge I will lodge. Your people shall be my people, and your God my God.

Ruth 1:17 Where you die I will die, and there will I be buried. May the LORD do so to me and more also if anything but death parts me from you.”

Is she returning to Bethlehem because that’s where she calls home? Probably not. If someone says they are going back somewhere, and you say you’re going back with them, that wouldn’t be too strange. Ruth already said in Ruth 1:10 that she was going back (returning) with Naomi. It fits that much better in Ruth 1:22 for the narrator to state that Ruth has now gone back (returned).

All this to say, when I preached this text last week, someone disagreed with me that the text says Ruth returned. There they were wrong. But I preached that the reason Ruth could return was that she had made Naomi’s people and God her people and God, and by extension, Naomi’s land her land. There I was wrong. Incredibly loyal and loving Ruth is just going back with Naomi because Naomi is going back. Sometimes, we might want to see more in a text than what is there. But there’s nothing wrong with the text we have. It says what it says. Unfortunately, sometimes we’ll get it wrong. But we should strive to get it right.